Here’s the comment I just filed with the FCC.

As a tech-savvy, concerned citizen, I watched with incredulity over the years as Time Warner Cable and AT&T worked the N.C. General Assembly in an effort to stymie real broadband competition in North Carolina. Telecom lobbyists sent bills to state representatives without the representatives ever reading the bills. My jaw dropped in a committee meeting as a state senator questioned whether wireless Internet would make fiber Internet obsolete.

The level of falsehoods and fear mongering spread by the telecoms was staggering. Eventually their lobbyists found willing co-consiprators in state representatives and rammed their anti-municipal-broadband bill through the legislature with little or no public comment. North Carolinians got railroaded.
END_OF_DOCUMENT_TOKEN_TO_BE_REPLACED

As luck would have it, I have been issued a company cellphone, an iPhone. Company policy is that all mobile phones accessing corporate resources have to have a self-destruct app installed. Thus, if I don’t want to expose my personal smartphone to potential destruction (does it say “this message will self destruct…” before smoke pours out?) I must carry two. While this is inconvenient, having both an iPhone and an Android has given me insight on the two that I wouldn’t ordinarily have.

My thoughts? What, did you expect to come to MT.Net and not get my thoughts? Here’s what I think about the two platforms: As a customer of Earthlink’s cable modem service, I’ve been happy being relatively immune to the frequent and outrageous price hikes imposed by Time Warner Cable on its customers. I’ve heard grumblings recently from my friends unfortunate enough to still be Time Warner Cable customers that their Internet rates were going up. Thinking I was once again free from this nonsense, I chirped at how my rates weren’t rising.

Then a friend pointed out the insert in this month’s bill, clearly stating that, yes, my rates would be going up. How much, you say? By thirty-eight percent!

Durham County is among a handful of emergency dispatch centers in the state that will soon be capable of receiving 911 emergency calls as text messages or streaming video.

Dispatchers across the state are updating their local emergency networks to be compatible with smart phones, but there’s no guarantee that the public will be able to send text or images to 911 dispatch centers anytime soon. 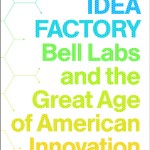 The book The Idea Factory made me question what we know about innovation and the free market.

Conventional wisdom says that a free enterprise system that rewards innovators with market success is what drives innovation in this country. However, this was not the case at the fabled Bell Labs, where brilliant AT&T scientists brought forth a dizzying number of groundbreaking discoveries, one after another.
END_OF_DOCUMENT_TOKEN_TO_BE_REPLACED

On that last topic, I have to wonder what the calculus of the “deal” to kill the live AJE stream was. That was not only an awful lot to pay for very little in return; but it isn’t even clear who it was paid to. Comcast? Cox? AT&T? None of them carry @AJAM at all. And the others hardly seem to give a damn about the channel anyway. I can imagine this dialog between Al Jazeera and the U.S. cable companies:

AJ: We killed our firstborn so it would not offend you. Will you carry our channel now?

CABLE SECOND-TIER PLAYERS: Um, okay, maybe on one of our high-priced tiers, in lo-def.

END_OF_DOCUMENT_TOKEN_TO_BE_REPLACED

Remember how Glenn Greenwald speculated that the NSA was capable of listening to the contents of phone calls? It turns out to be true.

The National Security Agency has acknowledged in a new classified briefing that it does not need court authorization to listen to domestic phone calls, a participant said.

Rep. Jerrold Nadler, a New York Democrat, disclosed on Thursday that during a secret briefing to members of Congress, he was told that the contents of a phone call could be accessed “simply based on an analyst deciding that.”

If the NSA wants “to listen to the phone,” an analyst’s decision is sufficient, without any other legal authorization required, Nadler said he learned. “I was rather startled,” said Nadler, an attorney and congressman who serves on the House Judiciary committee.

I had heard rumors of an AT&T facility in Kansas that transcribed millions of phone calls. Supposedly AT&T’s voice recognition software was highly developed for this purpose. Can’t find anything about it online, though, and not sure where I learned of it.

Also, read the Washington Post’s story on the NUCLEON program.

Yesterday it was revealed that the National Security Agency is collecting millions of phone records from Verizon:

The National Security Agency is currently collecting the telephone records of millions of US customers of Verizon, one of America’s largest telecoms providers, under a top secret court order issued in April.

The order, a copy of which has been obtained by the Guardian, requires Verizon on an "ongoing, daily basis" to give the NSA information on all telephone calls in its systems, both within the US and between the US and other countries.

The document shows for the first time that under the Obama administration the communication records of millions of US citizens are being collected indiscriminately and in bulk – regardless of whether they are suspected of any wrongdoing.

I suppose the idea of “innocent until proven guilty” got left behind somewhere in the 20th century.

Here it goes. The N&O announced yesterday that it will be putting up a paywall on December 19th:

The News & Observer announced this week that it will begin charging for digital content starting Dec. 19.

The newspaper’s e-edition, which looks the same as the print paper; all content on the N&O’s website, newsobserver.com; and content on its mobile site and iPhone and Android smartphone apps will move behind a pay wall.

This will further distance the newspaper from the news-reading public, which has largely migrated to online sources. It will also stop bloggers like me from linking to N&O articles, because I don’t like including links in my blog that are time-limited or go nowhere.

I’ve said before how paywalls don’t work but it bears repeating.
END_OF_DOCUMENT_TOKEN_TO_BE_REPLACED Remember when I wrote about the secret AT&T tropospheric bunker in Chatham County, and how N&O reporter Jay Price knew it pointed to downtown Raleigh but didn’t know where? My blogging friend John Morris discovered that the other end of this Chatham bunker’s communications link was in the basement of the 401 Oberlin building in Cameron Village:

Two years after this testimony, one of the new buildings within Cameron Village housed a top secret facility with communications equipment and provisions to survive a nuclear disaster. There were many other similar installations across the country built at the same time.

John says Jay Price wrote about 401 Oberlin in a follow-up to his Chatham bunker story but the article doesn’t appear to be online.

Interesting spot for a top-secret communications facility, and a shame it’s no longer around.