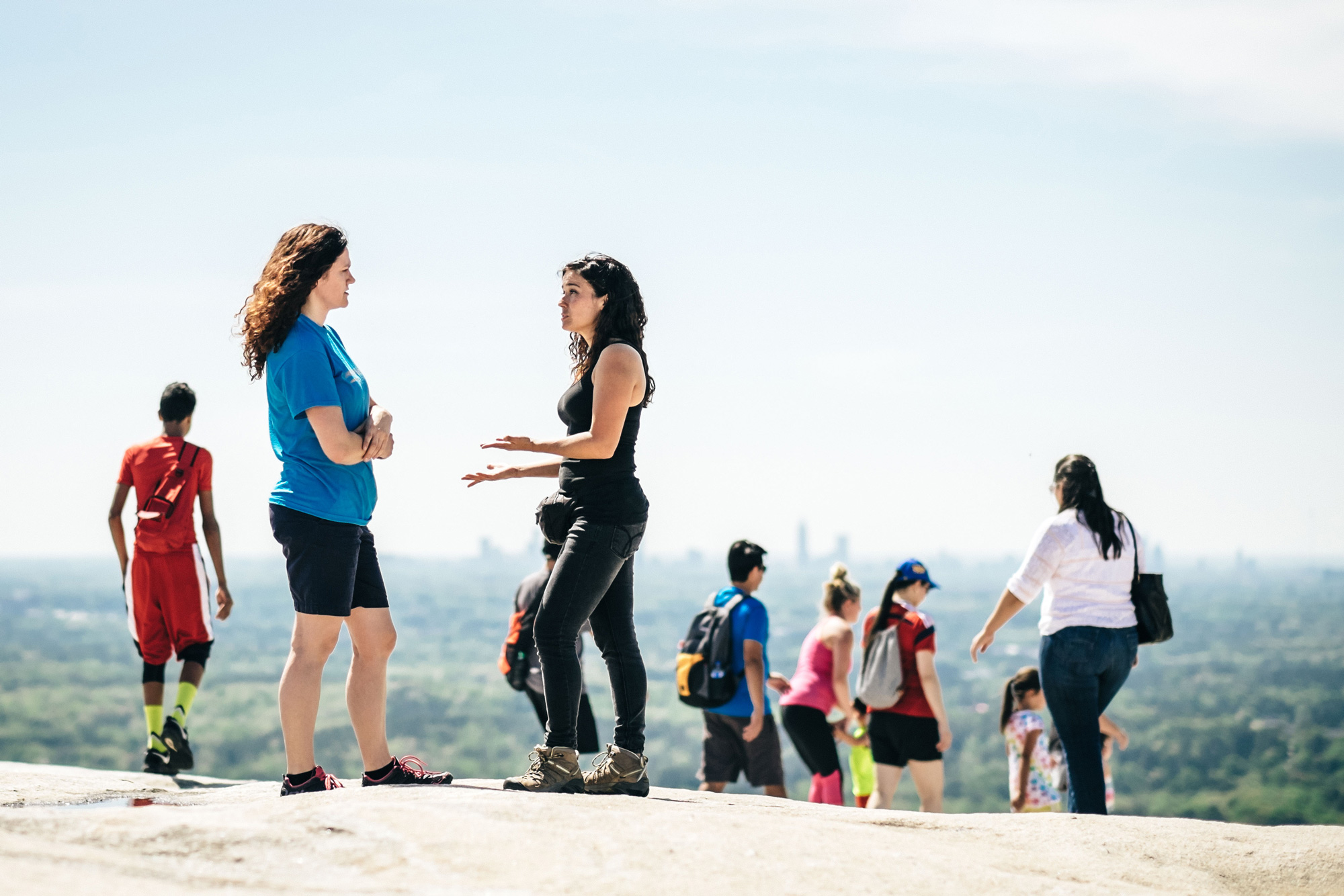 I had a dream.

The Georgia General Assembly funded a memorial for Martin Luther King Jr. and his top aides to be carved on Stone Mountain.

The lawmakers commissioned a bas-relief of MLK and John Lewis and Andy Young, this to be beveled into gray granite beside Jefferson Davis and Robert E. Lee and Stonewall Jackson. (A half-century ago, the Georgia General Assembly maneuvered to have that holy trinity of notable Confederates, along with their horses, carved onto Stone Mountain.)

At dream speed, hundreds of stonemasons dangled by rope down the side of the most famous … and infamous … pluton in the South. They lit the fuses on sticks of dynamite. They pounded chisels. They swung picks and fired up thermojet torches.

Source: Go Tell It On the Mountain — THE BITTER SOUTHERNER

NC House District 40 Representative Joe John was the person Abraham Zeiger was due to meet on Friday before Zeiger was arrested for carrying a pistol and two fully-loaded magazines into the North Carolina General Assembly building. Rep. John read the following statement on the House floor Monday night:

This gentleman actually had an appointment to see me. I made the following statement on the House floor Monday night:

Members, last week I had an 11:30 AM Wednesday constituent appointment with a resident of House District 40, whom I had not met previously, to discuss some fairly non-controversial issue. 11:30 came and went without the appointment being met, not all that unusual as many of you have experienced. When I went to lunch at 12:30, he was still a no-show.

We learned later that day the reason my appointment never arrived. He had been detained at our legislative building security check-in while attempting to enter this building with a loaded handgun and two full clips concealed in his bag, and had consequently been arrested and charged accordingly. He reportedly gave no explanation for his actions and was actually remarkably silent.

I want to thank publicly the members of the NC General Assembly Police Department who were on duty last Wednesday and acted expeditiously and appropriately. I would also like to thank the Legislative Services Officer and the Rules Chair for their follow-up and the many of you who expressed your concern.

That being said, in light of very recent events, I would ask each of you, for a moment, to imagine that the gentleman’s appointment was with you, in your office, rather than with me in mine. This incident after all took place, not hundreds of miles away in the distant states of Ohio and Texas, but right here, not only in our North Carolina capital city, but in this very building where we work and govern and spend so many hours. And as you reflect, I would ask you to consider whether it is now not time to throw partisanship and ideology into the trashcan, and to sit down for a full, frank and open-minded conversation about reaching a North Carolina common sense consensus with regards to role of firearms in our state.

I considered this often over the past weekend which Evelyn and I were able to spend at the coast with two adult children and three young granddaughters. I, for one, greatly enjoyed being “Pa” at the beach, I look forward to many more such weekends, and I am more than ready to have the conversation of which I spoke. If any of you feel the same, please let me know.