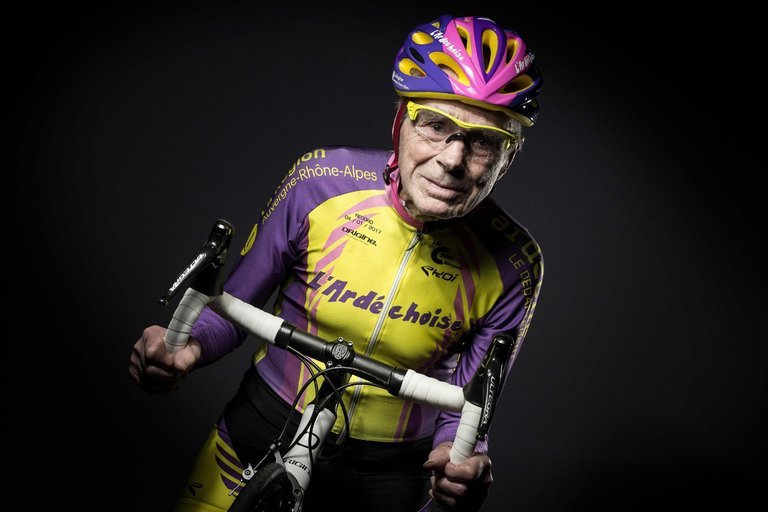 It was as he prepared for that ride that he came to the attention of Veronique Billat, a professor of exercise science at the University of Evry-Val d’Essonne in France. At her lab, Dr. Billat and her colleagues study and train many professional and recreational athletes.

She was particularly interested in Mr. Marchand’s workout program and whether altering it might augment his endurance and increase his speed.

Conventional wisdom in exercise science suggests that it is very difficult to significantly add to aerobic fitness after middle age. In general, VO2 max, a measure of how well our bodies can use oxygen and the most widely accepted scientific indicator of fitness, begins to decline after about age 50, even if we frequently exercise.

But Dr. Billat had found that if older athletes exercised intensely, they could increase their VO2 max. She had never tested this method on a centenarian, however.

Source: Lessons on Aging Well, From a 105-Year-Old Cyclist – The New York Times