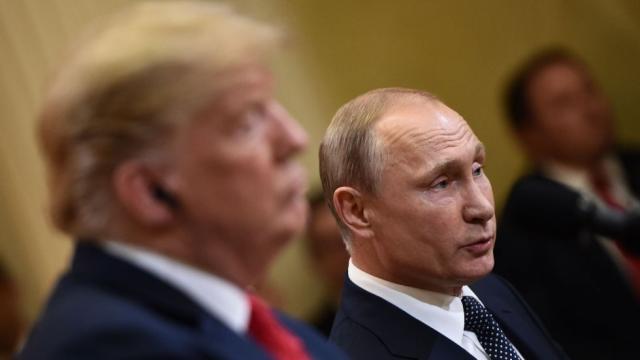 In the middle of Tuesday’s presidential walkback about Russian election interference, I couldn’t (or maybe I could, I’m not sure) help but think of a scene from the 1997 comedy “Excess Baggage.” In the scene, would-be car thief but inadvertently-turned-kidnapper Benicio del Toro asks his unexpected victim Alicia Silverstone, who had been hiding in the trunk of her dad’s expensive car, “How stupid do you think I am?” To which Silverstone replies, “How stupid is there?” To my mind, that just about sums it up when it comes to the president’s view of the American people.

To review the events this week, for the benefit of anyone who until recently has been hiding in the trunk of their own car, President Trump was attempting by the addition of a contraction to rectify what CNN’s Anderson Cooper rightly described as “one the most disgraceful performances” ever given by an American president at a summit.

Source: American government will keep on fighting to state the truth on Russia | TheHill