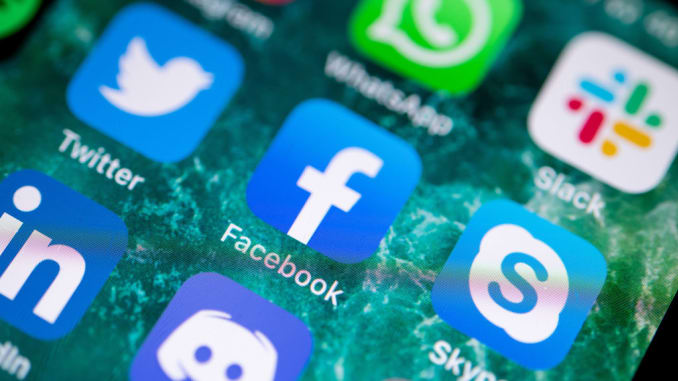 Facebook kicked these guys off their ad platform in August 2019. Apparently that didn’t last long as I got two ads for The Epoch Times in my Facebook feed today: 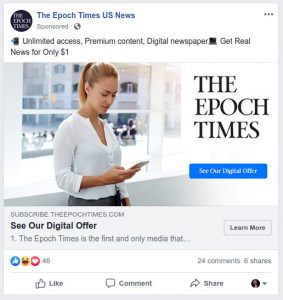 Back by popular demand?

Facebook has banned The Epoch Times, a conservative news outlet that spent more money on pro-Trump Facebook advertisements than any group other than the Trump campaign, from any future advertising on the platform.

The decision follows an NBC News report that The Epoch Times had shifted its spending on Facebook in the last month, seemingly in an effort to obfuscate its connection to some $2 million worth of ads that promoted the president and conspiracy theories about his political enemies.

“Over the past year we removed accounts associated with the Epoch Times for violating our ad policies, including trying to get around our review systems,” a Facebook spokesperson said. “We acted on additional accounts today and they are no longer able to advertise with us.”Facebook’s decision came as a result of a review prompted by questions from NBC News. The spokesperson explained that ads must include disclaimers that accurately represent the name of the ad’s sponsors.