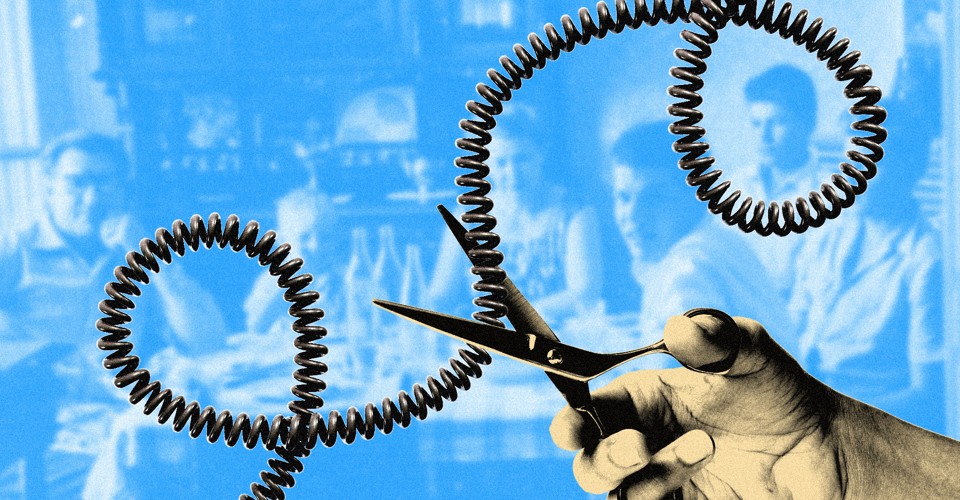 The early telephone’s bulky size and fixed location in the home made a phone call an occasion—often referred to in early advertisements as a “visit” by the person initiating the call. (One woman quoted in Once Upon a Telephone recalls the phone as having the “stature of a Shinto shrine” in her childhood home.) There was phone furniture—wooden vanities that housed phones in hallways of homes, and benches built for the speaker to sit on so they could give their full attention to the call. Even as people were defying time and space by speaking with someone miles away, they were firmly grounded in the space of the home, where the phone was attached to the wall.

Over the course of the 20th century, phones grew smaller, easier to use, and therefore less mystical and remarkable in their household presence. And with the spread of cordless phones in the 1980s, calls became more private. But even then, when making a call to another household’s landline, you never knew who would pick up. For those of us who grew up with a shared family phone, calling friends usually meant first speaking with their parents, and answering calls meant speaking with any number of our parents’ acquaintances on a regular basis. With practice, I was capable of addressing everyone from a telemarketer to my mother’s boss to my older brother’s friend—not to mention any relative who happened to call. Beyond developing conversational skills, the family phone asked its users to be patient and participate in one another’s lives.