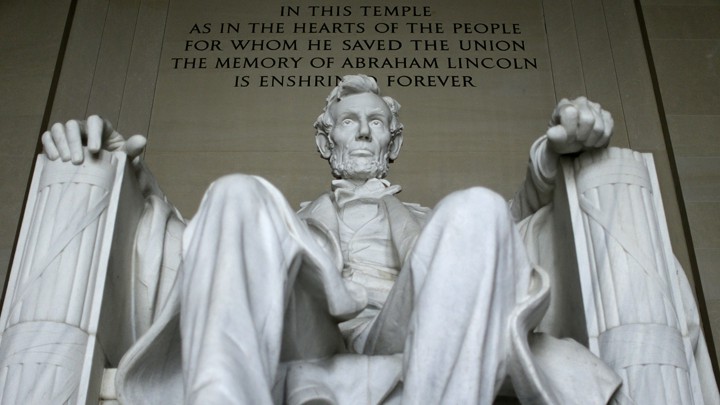 We had made plans to go to Washington weeks ago, and there was no way to change the trip. The train was almost empty when it pulled into Union Station on Friday night. The next morning, we went out into the dead heart of the city. The government shutdown was in its third week. Nearly all the museums that would have interested the kids were closed, and so were the ones that would have bored them. There was nothing to do except wander around, but the crowds we expected in the district center were absent, the streets and sidewalks almost empty. Without people, the scale of the capital dwarfed us. Each mid-century concrete building looked like its own walled city, the National Mall was a vast plain, and an endless highway separated the White House and the Capitol dome. It was as if Washington had been stricken by a grotesque illness that caused the body to swell up and suffocate the spirit within. The federal city was one great sarcophagus.

Source: The Lincoln Memorial During the Government Shutdown – The Atlantic