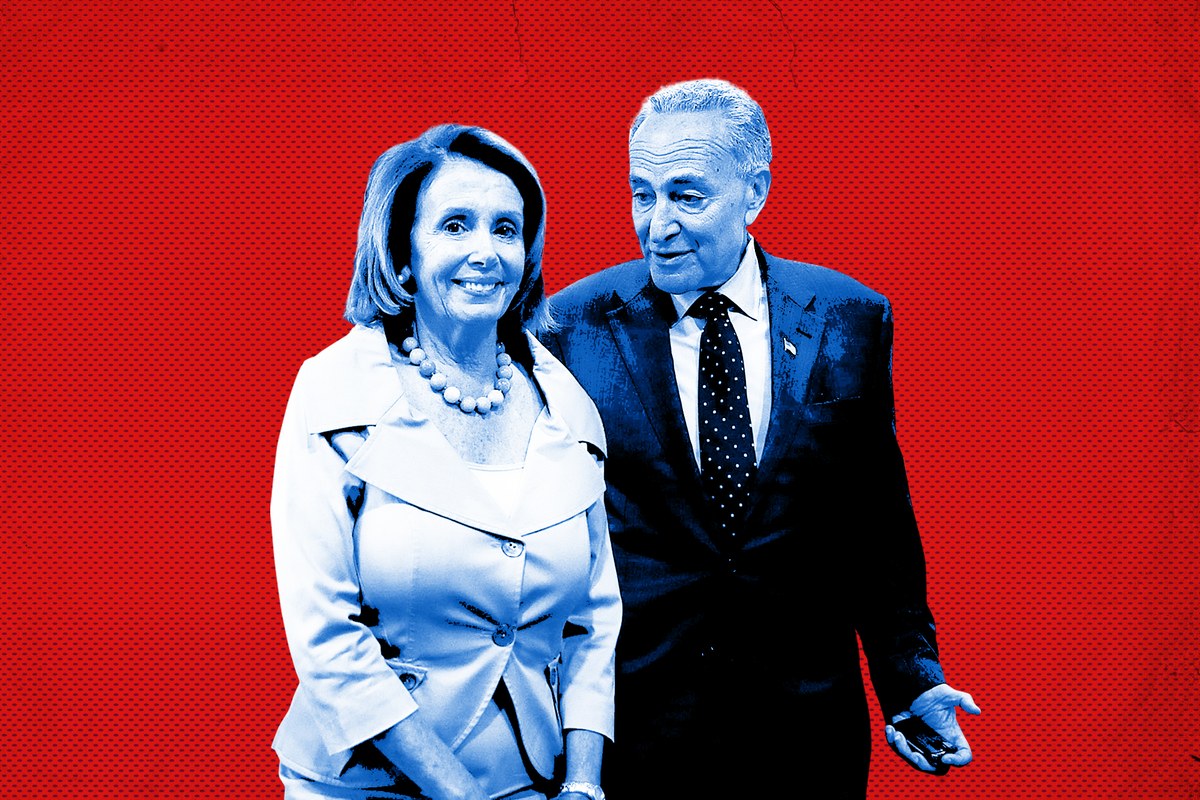 Democrats need to do better at building our bench – I’m not anti-Pelosi but it’s long past time to be grooming new leadership.

One day. All I wanted was one little day to bask in the election results and delude myself into thinking that, by taking the House, Democrats would provide at least some bulwark against the wave of right-wing fascism that is currently holding this nation hostage. I wanted a day. Instead, we got Chuck Schumer.

Senate Minority Leader Schumer: "We would hope, if there's a constitutional crisis, that our Republican colleagues would join us in thwarting the president from creating that crisis." https://t.co/V3R9YdpAUU

Here is a great waste of a man: spineless, craven, utterly terrified of being disliked by the opposition. The past two years have been an ongoing national emergency, with a deranged liar sitting in the Oval Office and a Republican Party newly emboldened by that president’s racism and disregard for facts and law. They’re robbing taxpayers blind. They’re menacing the vulnerable. They’re overseeing sham investigations into corrupt judges and ramming them through. They’re trying to stop ballot counts in Florida as we speak. The White House press secretary literally sent out doctored footage of a reporter to accuse him of assault. There’s no hope of good faith with these assholes. They are EATING America alive, and the proof is on the ground. Mass shootings are happening daily. Kids are locked in jails. We need goddamn Superman to fix this, and instead we’re getting these two:

Nancy Pelosi responds to Republican campaign of racist fearmongering with a victory-speech paean to “the bipartisan marketplace of ideas”: https://t.co/T7oZmDCH6C pic.twitter.com/JbNoiu5Bup

Source: Chuck Schumer and Nancy Pelosi Have No Idea What Kind of Fight They’re In | GQ