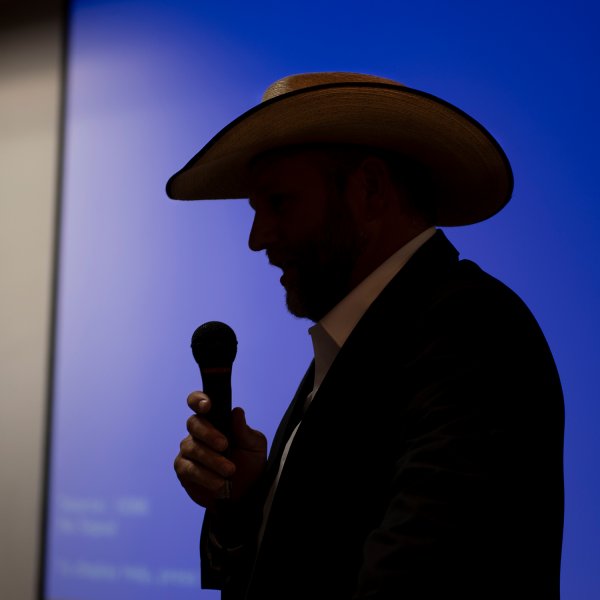 If there was a defining trait among the several dozen people who gathered recently to hear Ammon Bundy speak at the New Code of the West conference in Whitefish, Montana, it was their age—on average, well into eligibility for Social Security benefits. I don’t mention this to promote ageist ideas about who should be involved in political activism—the baby boomers comprise the largest voting bloc in America—but rather to suggest that the “Bundy movement,” such as it exists, appears conspicuously long in the tooth.

Source: Behind the Scenes at a Bundy Rally | Outside Online