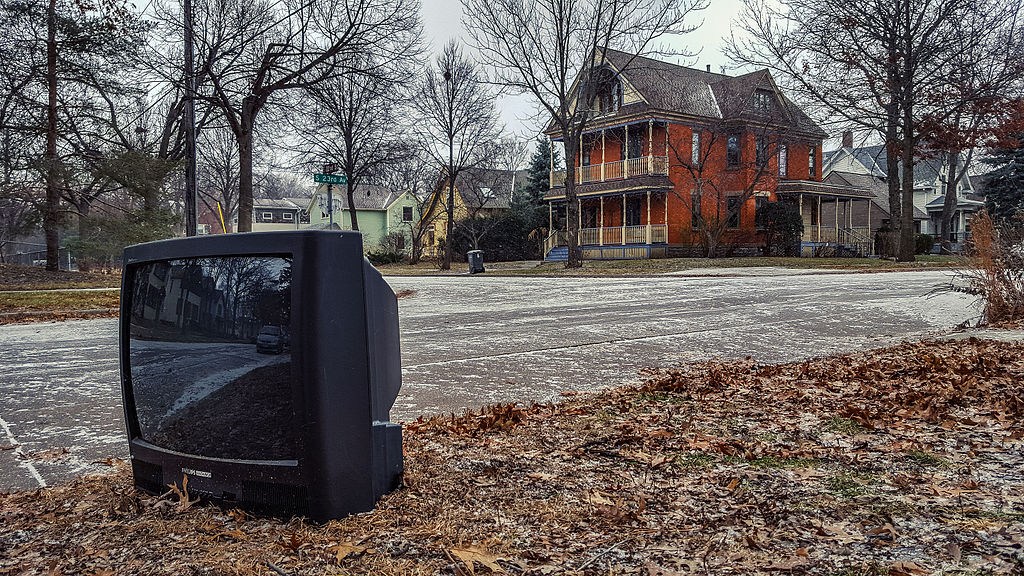 Two things took place during my hospital visits with my Dad this week. One was becoming captivated with an unlikely Trump voter. The other was gaining some insight into how he got that way.

I visited my Dad when the nightly news was on. Our local ABC affiliate, WTVD, was ticking through its top stories from around the country. Dad soon changed the channel and offhandedly stated his reasoning.

It was all about crime. Robberies, murders, carjackings, shootings. For some reason, our local affiliate thought it important to alarm us with news of misfortunes that took place hundreds, or in some cases, thousands of miles away, far from any possibility of them affecting us.

Why was the news doing this? Was it just laziness, being that chasing a cop or an ambulance is an easy way to a story? If there was airtime to fill, why weren’t there more local stories to fill it? Why fill viewers’ heads with stories that have no practical value?

Unless the point is to … stoke fear?

I’d been thinking lately that many Trump voters seem to be under some sort of spell. That’s one way I can account for the cognitive dissonance. Why do these folks seem so fearful all the time, thinking the boogeyman is at their door?

The answer was staring me in the face. It’s the television coverage.

If you’re a rural citizen and the only exposure you have to the outside world is through what media like WTVD or Fox News show you, it looks like a pretty fucking scary world out there. That world is going to hell in a handbasket, it seems.

But that’s a lie, all of it. Statistics prove that crime rates are at falling across America. As James Alan Fox, the interim director of the School of Criminology and Criminal Justice at Northeastern University, says:

“There are some spikes in homicide and shootings in certain cities, yet other cities continue to experience low rates. As a nation, we are far better off than anytime for the past several decades. Crime rates are low, and there is no consistent and reliable indication that things are getting worse.”

However, if all you hear is a steady stream of violent crime news, you might think otherwise. Or you might stop thinking altogether, and give in to panic and fear.

Panic and fear are the friends of authoritative regimes. When you’re fearful, you are looking for someone who will protect you, regardless of whether or not you are really threatened.

I pulled the plug on my cable subscription years ago. I don’t watch TV news. Therefore, my world is anything but one big crime scene. It’s up to people like me to gently wake my panic-stricken neighbors and break the spell that non-stop crime news has cast upon them.

Turn off your television. Go outside and meet the people around you. It’s almost guaranteed that you’ll wind up not as a crime victim but someone who made some new friends.