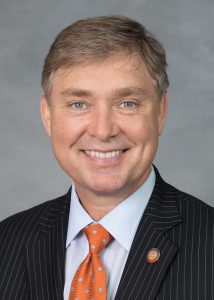 Once upon a time, I learned of a former female coworker who had allegedly been sexually harassed by an executive at the company where we both worked. He had locked her in his office and demanded sexual favors from her. The man held all the cards: she was fresh out of college, she reported to him, and who would believe her word against his?

I was shocked and sickened by this allegation, having never had a clue it was going on, and lost all respect for this man to the point that I later turned down a lucrative job offer simply because it would have made him my boss.

I think it’s pretty clear when your boss locks you in his office and attacks you, that’s sexual harassment if not outright rape. It certainly isn’t consensual nor anywhere near that. It’s plainly wrong.

Then the #MeToo movement came around, a long-overdue reckoning of bad-boy behavior. Creep behavior from the likes of Roy Moore, Harvey Weinstein, Roger Ailes, Matt Lauer, and Louis CK was rightfully called out and, I believe, we could all agree that what they did was wrong. But then Sen. Al Franken was forced to resign for a scripted kiss with LeeAnn Tweeden, a female fellow performer, and for pretending to grope her in a photograph. Both were on a USO tour that was clearly sexually charged by all involved parties.

Is this sexual harassment? Franken had no power over Tweeden. Both had agreed to perform and perhaps both had gotten carried away at times. I failed then and I fail now to see how a scripted kiss between two actors could possibly be construed as sexual harassment. My Democratic Party was all too happy to throw Franken – a man of great integrity who was known to champion women – under the bus to serve some absurdly unrealistic appearance of purity.

Bad taste? Perhaps. Sexual harassment? I’m not so sure.

These incidents were on my mind when last week news broke from Billy Ball at N.C. Policy Watch that several women were accusing N.C. Rep. Duane Hall of sexual misconduct. Hall was accused of chatting up a female Democratic campaign worker when they met at a bar, had a few drinks, and the topic of relationships was broached. I’m sorry, but I fail to see how the banter between an unmarried legislator and a female campaign operative who agreed to meet at a bar could be considered sexual harassment.

It’s a bar, for goodness sakes! That’s what people do at a bar! Stuff that goes on at a bar should be off the record.

As for allegations that Rep. Hall grabbed a woman at the Equality Ball and snapped a selfie with her against her will, he denies the allegation and makes a valid point that there were hundreds of people there, making it difficult to hide any alleged misconduct.

Is what Hall is accused of a hanging offense? I am not convinced. I know Hall and, yes, he can be flirty. I’ve only seen this in social situations, however, and have never seen it in any professional setting. A single male legislator chatting up women in social situations does not strike me as strange. It might seem stranger to me if this weren’t the case. Politics is, was, and always will be a very sexually-charged business. Confidence, competitiveness, and political power are attractive. Not to mention that the unique challenges of holding public office can make it a lonely endeavor.

And it’s not just males who take advantage of this. Many women in political office are known to be just as flirty, even some who are almost certainly speaking out against Rep. Hall under the cover of anonymity. Having been around politics for a while now I, too, have been the subject of this flirting on several occasions, including an unwanted kiss from an elected official. You know what? It’s no big deal to me. My wife chuckled when I told her of the kiss, taking it as seriously as I did. No harm, no foul.

What I do have a problem with is the pretense that our elected officials should be saints because saints are in very short supply and those that arearound tend not to make good leaders. There are degrees of appropriateness in any situation and it’s wrong (and, frankly, stupid) to paint every supposed transgression with the same brush. To group what Rep. Hall allegedly did with the deeds of Harvey Weintstein and others is false equivalence and a dangerous trap to fall into.

How about we always let the punishment fit the crime and not submit to knee-jerk reactions for the sake of saying we’ve done something?