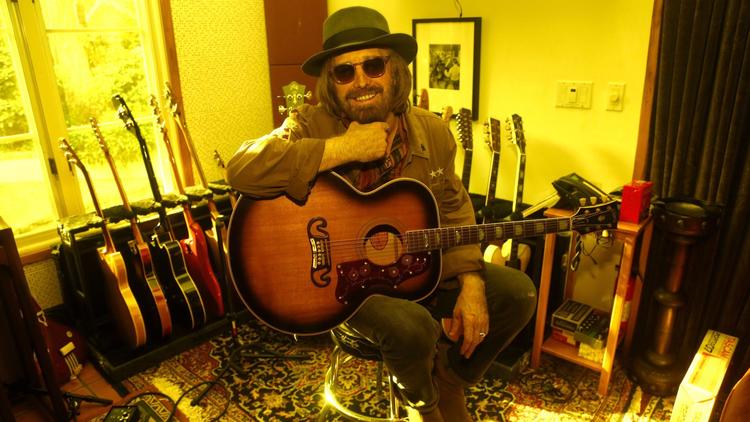 During my three years on the USS Elliot (DD-967) I listened to a lot of music. When we were in-port San Diego I was getting introduced to alternative music through 91X. At sea, the collective CD collection of my shipmates was the soundtrack. I heard many artists I wouldn’t otherwise have heard. Nirvana, De La Soul, Big Daddy Kane. Some I hated. Others I hated but later learned to love. And then there was Tom Petty.

Of course, you couldn’t grow up as a radio listener in the South without knowing Tom Petty so I’d been a fan from way back. Full Moon Fever came out just before I went on deployment, though and it earned a special place in my preferred music rotation. I don’t even remember which one of my shipmates owned it, but we played the hell out of that CD. And I never got tired of it.

Thanks for the music, Tom. You were one hell of a rocker and a great guy.

This is not the way things were supposed to happen.

When I sat down with Petty in the outer room of the cozy but fully equipped recording studio at his home above Malibu beach, the idea was for him to reflect on the wildly successful 40th anniversary tour he and the Heartbreakers had wrapped less than 48 hours earlier at the end of three sold-out nights at the Hollywood Bowl.

It was a triumphant stand particularly rewarding to Petty, a Florida transplant who considered himself and his band mates California adoptees. He said as much from the stage each night, noting how the Heartbreakers, although composed entirely of musicians born or raised in and around Gainesville, Fla., had been born at the Village Studios in West Los Angeles.

Source: Tom Petty’s final interview: There was supposed to have been so much more – LA Times